US$5 billion - two days after saying that an intervention to prop up the peso wouldn’t work. And, he is supposedly the adult in the room.

I think 1,000-970 was the buy/sell rate although I am not sure, reporting isn´t fully clear

could be that xe has different rates to others, after all I don´t think there is one official rate it depends who is trading what

Either way, it´s actually very concerning at this point

The government needs to be proactive at this point.

Get rid of IVA for a while, or force down food prices, or immediate wealth or business tax, politician´s to cut salaries again wouldn´t go amiss, or Boric to give up half his salary, or something. Rightly or wrongly government needs to be seen to take proactive now.

Rather than having to respond to strikes, road blockages, fuel protests. Everything is calm at the moment, but we´ve been there before…things can snap here.

Really bad timing re Boric and constitution´s transformational welfare agenda…it´s a shame for them.

1020 pesos to the dollar right now!
That is pretty crazy

Yes, no doubt now that by any measure the 1000 barrier has been breached and the peso has reached an all time low against the dollar today.

1025 reached against the dollar (middle rate) and 1011 at time of writing. It was only a few years back that 800 was considered a high rate.

The Euro has also set an all time record of 1030 today, and 1018 at the time of writing. It wasn´t that long ago that 900 would have been considered unusually high.

Also of interest to see the USD to the Euro trading at 1.0. That is the first time that has happened since around a couple of decades ago when it was first launched. It has traded around 1.2 - 1.4 USD to the Euro for some years. 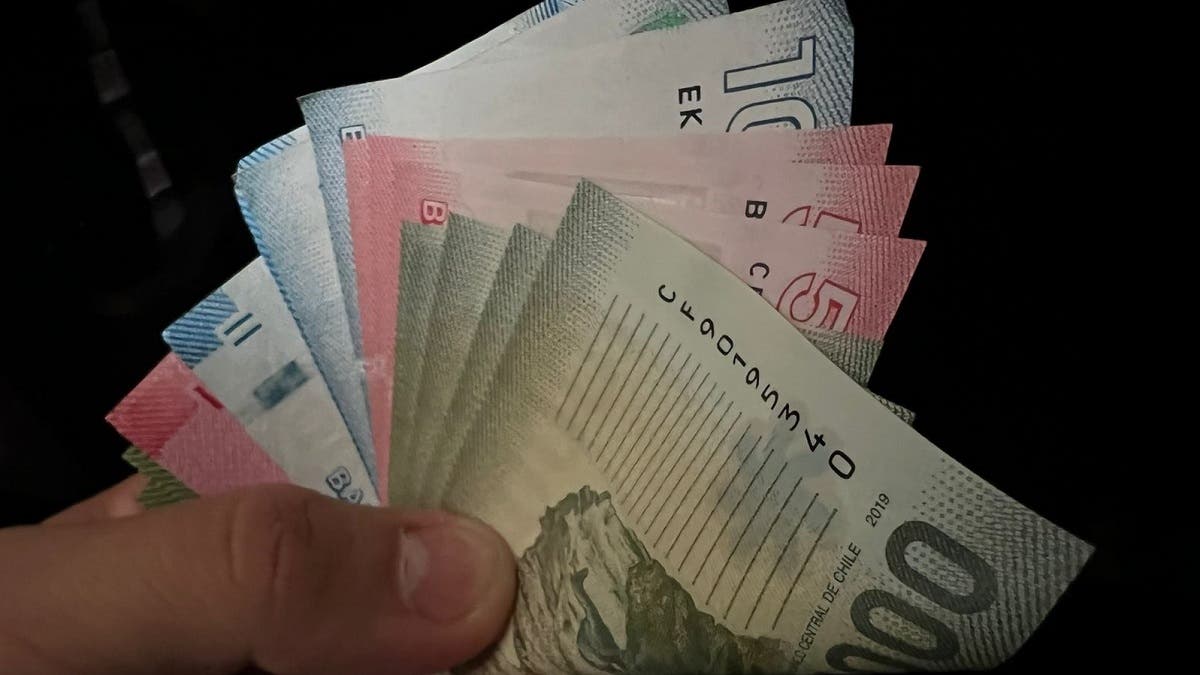 This is a smart move that makes the government look proactive rather than waiting until there is a grass root movement or strikes and road blockages and then doing it then in response to that and appearing weak.

I am glad Boric has been smart enough keep his promise from the past and resist the temptation to reduce the price of fossil fuels and instead call it a winter bonus and make it a direct cash payment. Surely it makes more sense to hand the money back to people to spend on whatever they need, rather than subsidize the things (cars) that cause pollution and climate change and traffic chaos and car accident deaths. It is much better from an incentive standpoint since we want, for many reasons, to incentivise travelling on public transport, car sharing, insulation in houses, turning the temperature down a degree or two, and so on. I only hope that others see it that way as well. At a global level, people see to get more mad when they see petrol/diesel prices go up than when they see food/rent or anything else go up, it makes no sense.

EDIT: Possibly need to consider a subsidy or some other benefit for small business though, like taxi drivers, or small trucking companies.

People are upset when the price of gasoline/diesel goes up, because it has a direct price on food and other goods.

People can take public transportation or carpool, but food will still need to be transported regardless. The price increase on food affects the poorest the most.

Friends that live out in the campo still need to drive to work every day. The fuel prices are hurting them, too. Public transport isn’t always a great option in the south.

The ultimate test of the common sense of the Chilean people: will you sell your vote for 120.000 pieces of fiat plata?

Of course the day after the announcement, it is 100% copper price that has firmly breached the psychological barrier of 1000 as a new forming base rather than a spike top.

I still think people (again thinking globally) tend to get more mad about a 10% fuel price increase than a 10% food price increase. Maybe it’s because the percentage of the price that is government taxation tends to be higher on fuel than food, at least in some countries.

Exactly. I mean, wasn’t another bono going to be inflationary 12 days ago, according to Marcel and Boric himself? I guess time will tell if people can be bought for 120,000 pesos.

Or maybe they could just start by, I dunno, getting rid of COVID restrictions and opening up the damn economy! 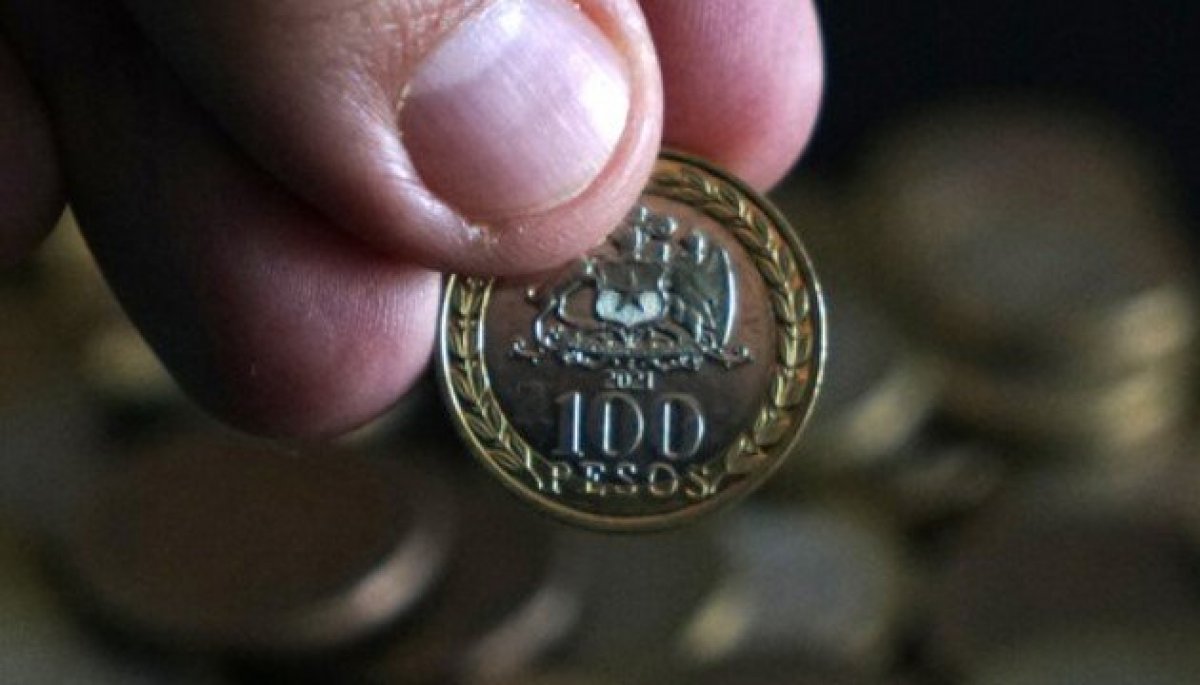 That sounds good, but I’m more worried about the effect on the poor, even if the financial system is ticking over nicely. Judging by the amount of cars in the street, and people in the mall , and so on, economy looks normal. I was in the mall a week ago and three people walked past carrying TVs they’d just bought within the space of a few minutes.

I just wanted to say that their “market conditions, …, have been normal” just means, everything is going to crash… globally… sooner or later this crash is coming, and we are fortunate to witness it… maybe I am wrong. Lets see…

Stock up while you can people. Rural types or urbanites with natural sun aspect, victory garden. Have a defense plan and plan B and C just in case.

Will be quite chaotic everywhere. And with these millennial idiots in practica with multi-palo sueldos where Chile already saw the largest taco in history and the overlooking of closing the mountain border before a major storm front (and don’t even mention the skyrocketing crime rate since the election), expect a lot of chaos in Chile.

If the NC passes, the military cannot be used for internal disorder. The criminals will rule the streets (they already do).

The Banco Central is selling USD $25Bn from Chile’s ever-depleting reserves in an attempt to sustain the Peso.

The supposition is that they did this at the behest of finance minister Mario Marcel in order to prop up the CLP, at least until the 4th September, in order to aid the Apruebo cause.

The Banco Central is supposed to operate independently of government, but it looks as if it succumbed this time to political pressures, which signals the end of fiscal responsibility.

I bought Mercurio today and it says the Banco Central`s announced move was well received and pushed the $ back from 1050 to 970s yesterday, and Bloomberg website agrees.

However xe.com and https://www.x-rates.com are still showing 1050. I suspect those are wrong and will updated to the correct figures on Monday morning

As I understand it, Peru (whose currency actually appreciated) now has a larger US dollar reserve than Chile after this action. There is what only 26.000 million left after blowing 25.000 million and 5.000 million previously.

Burric, Marcel, Grau are out of ammo and when the market speculators overrun this act, we are FUBARed into the next decades.

I’m beginning to think my theory on the thrashing of the Chilean peso back on February 5th just might be true.

1970 here we come Business and Finance

Looney rambling of the day. Soooo, it was supposedly the Mormon church (USA CIA

) that financed the bus trips of illegals from the north to Estación Central, Santiasco. What if, just what if the US Deep State is actually for leftist chaos in Chile? Like I surmised in another post. What gave Chile its strength compared to the rest of the continent? Its independent relatively well-managed currency once a proxy for the price of copper (exception Peru whose currency chart appeared even more…

really weird that xe.com still is stuck on 1050? Anybody knows what might be wrong?

Various news sites are reporting a further fall of 30 or so to around 930-940, it looks like that is the real middle rate

I think we can most likely likely trust the news sites over xe.com, xe.com has been a bit wrong once before as well if I recall (although not this much)

Looks like my prediction of xe.com correcting itself this morning was inaccurate (so far) sorry about that