Not long to go - a prediction

With less than 10 weeks to go to P-Day, experto electoral Pepe Auth has stuck his neck out and predicts a Rechazo result.

Here’s his detailed forecast by region: 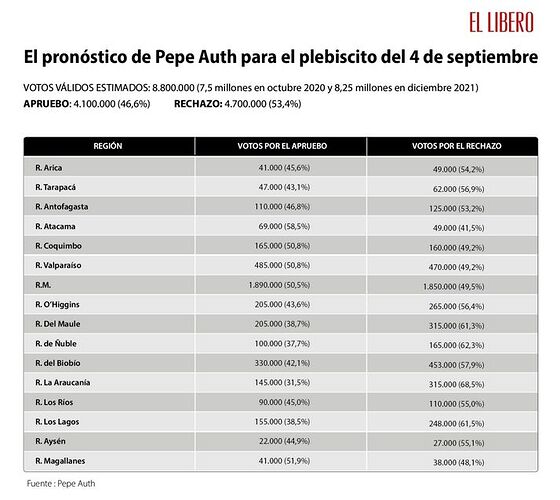 Never been prouder to be an IX’r. Highest predicted rechazo percentage.

Also very glad that the idea of a third option tanked ultimatley.

What happens if Rechazo wins? I’ve heard possibilities of back to the drawing board?

The terms of the original agreement stated that in the event of a rechazo outcome, the present system remains in place.

Despite that, the amarillos propose that the whole process should be repeated in a more civilized form, perhaps adopting Bachelet’s failed project.

Also, having come so far, its unlikely the commies will tamely submit. High-level electoral fraud seems to be one possibility.
“Todo Vale”, as they say.

Amarillos are moderate leftwingers who voted to change the Constitution, but are now aghast at the resultant pigs ear. Pretty lukewarm initiative. 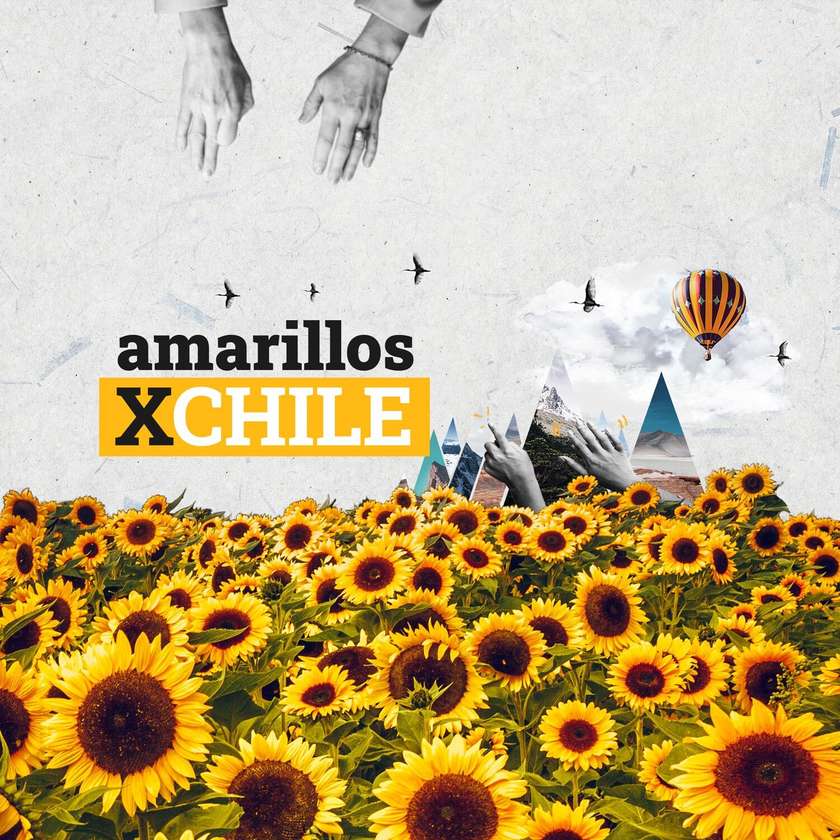 Oh, ok. That makes sense then. SocDems who want to have their cake without doggy doo in it and eat it too.

Its a pity more Chileans don’t think along those more moderate lines. Too little, too late is how I see them.

Its also interesting to see how the right-wing has avoided open rechazo activity. The consensus seems to be that this would transform the plebiscite into a mere political contest, instead of a decision on the future of what is still the Chilean nation.

Maybe a good strategy to play it cool and get a Rechazo without too much song and dance about it thereby winning the moral high ground, and then AFTER that go hard on a “The people have spoken” message and anyone attempting to reverse a democratic process is undemocratic. Then again, they are dealing with commies so morals probably don’t count for much.

Not suggesting that that is what they’re doing, though. I don’t think they’re that principled. Kinda like the GOP in that sense.