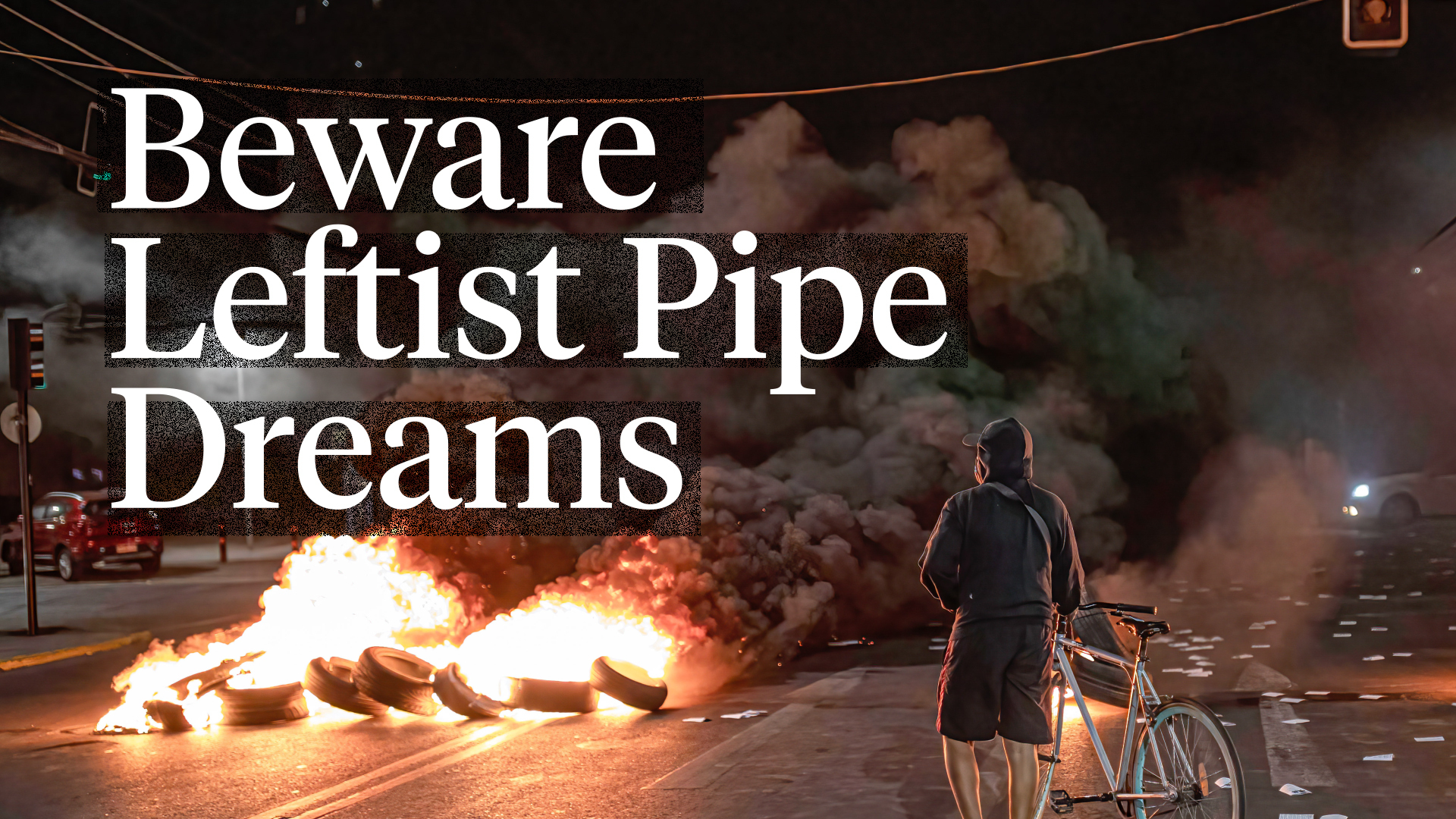 The 54,000-word draft document is a feeding frenzy of political interests looking to codify special rights and privileges.

Regardless of the outcome next week, the Chaos will continue.

"Its inconceivable that the political establishment, now accustomed to plundering the State, will give up its privileges…
.

After a RECAZO win assuming no vote fraud, rule by pure Presidential decrees out of spite and just because they are commies.

I read neutral foreign content to remind myself that there is a real world out there…even Newsweek and NPR do a better job than the “mainstream” news outlets.

After Sat night’s Valpo entertainment and Sunday’s bici-nazi rock and slingshot antics causing horses to bolt and run over fellow bici-nazis, perhaps Apruebo may surprise us all by pulling a sham election victory out of their rectum.

“After a RECAZO win assuming no vote fraud”

“Apruebo may surprise us all by pulling a sham election”

This is an obvious attempt to discredit a legitimate Apruebo win in advance by saying fraud is the only way they can win.

You’re going to automatically assume the other side cheated if the result isn’t what you want.

This is VERY dangerous behaviour.

If everyone in this country was as radicalized as this (on both left and right), mass riots would be inevitable and even civil war would be a possibility.

They got us here via violence and kept it up at each stage where it was assumed that accommodating them would stop the violence but it didn’t. Good bet the Octubristas might burn the other half of Chile down if they lose and a good bet that the silent majority and the supposed poor fachos in this mandatory vote will smell a rat if they lose.

Sorry to say, it is what it will be and nothing can change it except a once in a lifetime unifier-type leader which ain’t in sight.

“This is an obvious attempt to discredit a legitimate Apruebo win in advance by saying fraud is the only way they can win.”

“This is VERY dangerous behaviour.”

If this forum only had the reach of an all castellano Chile influencer’s smallest Twitter account. This insignificant Chile expat English forum has not even the influence of a tiny baby rodent.

Well someone with a hell of a lot more influence than this insignificant forum and who has an office in Moneda and who probably runs the puppet regime has given the order to the Octubrista foot soldiers to be ready.

Folks, you have three days left to stock up and take care of business just in case you can’t go the supermarket, bank or wherever next week or possibly more assuming they are not burnt or looted.

My shopping day is tomorrow and Friday, and I do indeed walk the talk and don’t give a damn it you don’t like me talking the talk.

We pretty much live stocked up these days, have since October 2018. However, we will make a trip to the store on Friday to top off a few things and I have orders coming from the pet store and Kross (beer).

I was chatting with a Chilean friend last night and she and her husband are also preparing in case the worst happens. She is not optimistic at all about what is going to happen after the vote.

I was told this morning that alcohol sales are illegal Saturday night and all day Sunday to “maintain sober voting.” Not that it even matters, it is a jaw-dropping s*** show already.

Yes. Buy beforehand if there is anything you want or need.

Just returned from the bank and hiperLider. The hiperLider, they were working on reinforcing the perimeter fence. This is a supermarket that was only once partially looted and after that was attacked numerous times without success (one of the ground zero battlegrounds in San Antonio) due to the heavy reinforcing to get into the property and then the interior.

Just did my first load of prep shopping at Lider on gringa’s advice. Was pretty quiet. Will do second tomorrow. How long are you all stocked up for?

The freezer is full. We use those 20 l refillable water jugs for cooking, drinking and the pets. We have 6. One is empty, another is close, so we will refill tomorrow. We have two cabinets with non-perishables like dry and canned beans, canned tomatoes, flour, rice, etc. The vegetable garden isn’t at its best right now. I have a few root vegetables ready to harvest, some lettuce and some herbs.

Depends what you think will happen. We can go weeks easily with my only concern being my booze supply.

How many supermarkets are in your area? How did they fare in the last round of civil unrest? What are your fallback options almacenes/minimarkets/ferias considering price and product selection?

How close will the vote be? Who do you think will win? How do you think the Octubristas will act in each situation?

Another key date comes up the week after the vote, September 11. Not good if the Octubristas are really worked up beginning the night of the 4th.

My concern is an out of control situation because Boric, Izikia and co. has shown NO to little concern in controlling their foot soldiers and unlike the “weak” past President will be loathe to even call up the troops as Piñera did. So you have the first-liners, their antifa-type buds, the traditional barra brava football and narco gangs and THIS TIME some really scary illegal immigrants associated with the gangs of Mexico, Venezuela, Colombia who do sick and cruel stuff like torture, rape and kill without remorse.

Haha, yeah, booze here too. How can you get though this without some? We had a screwup with an order from Viña Santa Rita a few weeks ago, which ended with them sending us additional products to compensate. Kross should arrive tomorrow.

Izkia will be completely worthless if things take a bad turn. Well, she already is worthless, but it will just be more notable.

Well, this is disconcerting…

It is indeed interesting to see a much better turnout for Apruebo than Rechazo but remember: