Chile is a ship drifting out of control 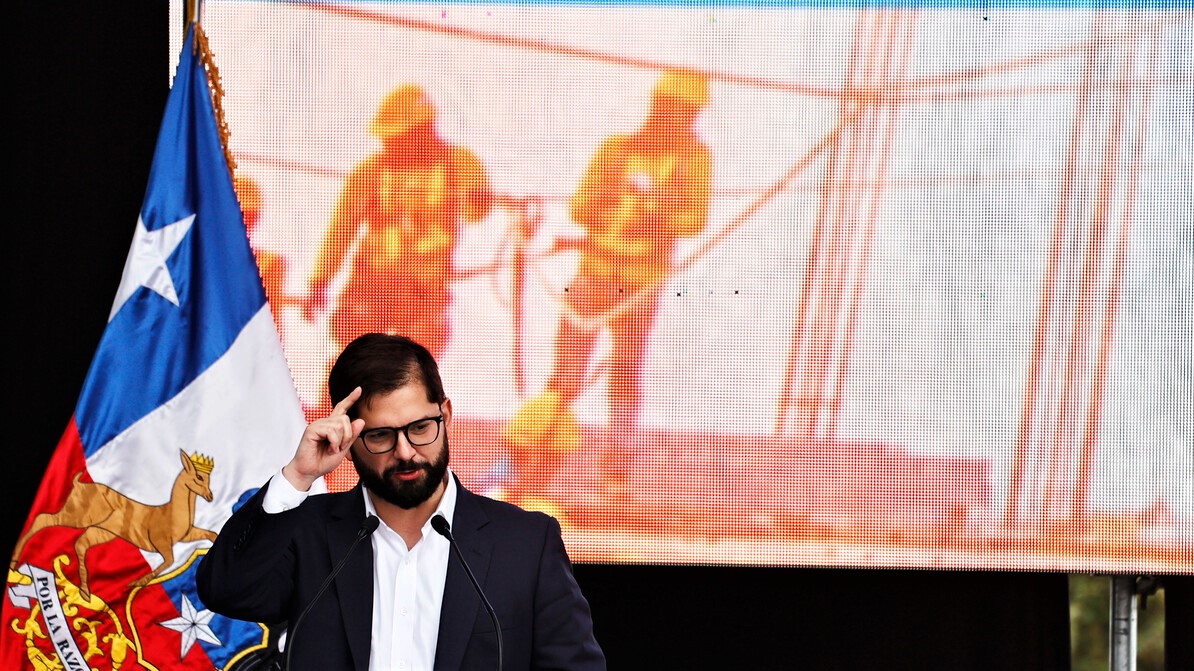 I translated, or rather, corrected Google’s translation of an extract from a longish article by -ex politician Jorge Schaulson for the benefit of expats who still seem unaware of the depths of Chile’s problems.

The government of President Gabriel Boric enters the seventh month of his mandate with totally red numbers. The so-called “rural violence” that does not let up in the south is now expanding to the central zone of the country with the burning of trucks in
the O’Higgins Region and in the Metropolitan Region, in the most populated commune in the country (Puente Alto).

To the “rural violence” we must now add the “urban violence” that devastates all the cities of the country, generating a climate of insecurity never seen before in Chile. Citizens live in fear that they could be assaulted, beaten and even killed in their living rooms, to steal a car or a cell phone when they go to work or drop off their children at school, at any time of the day, or be assaulted on public roads, on the bus or in the subway; forced to run away while hooded men set their bus on fire.

Every day in Santiago there are violent demonstrations by students who interrupt traffic, destroy public and private property, impede the normal development of economic activities, especially small and medium-sized businesses.

From March to date, 50 Transantiago buses have been burned, most of them while they were circulating with passengers.
Barricades have been erected, motorcycle bombs and accelerants were thrown from inside the schools to burn vehicles, and a military compound has suffered numerous attacks from rocks and incendiary bombs thrown from the neighboring INBA that can only be countered using fire hoses.

All this takes place in the most absolute impunity; To date, no student has been sanctioned for criminal behavior, despite being identified. A guarantee judge had the audacity to impose house arrest on some offending INBA students - with permission to attend classes! Neither the minister of education nor the mayor of Santiago have been able to adopt any measures to sanction the acts of violence.

Even though it is hard to believe, the government has classified violent students as “vulnerable groups”, so Carabineros must direct water jets above body height or to the ground,

This seems to be the “new normal” we Chileans have to get used to, thanks to a “benevolent” government allergic to the use of public force and repression.

In which country in the world are a group of students able to
repeatedly attack a military compound? How is it possible that the Minister of Defense has not ordered the custody of the compound by soldiers who are equipped to prevent students from approaching the building?

A few days ago in Alameda a police vehicle was attacked and had to turn into traffic to flee as if they were criminals, and in Alto Hospicio a couple of Carabineros were beaten up by neighbors for trying to detain a criminal. Incidents like these are very common and it is worth wondering why the police refrain from using their service weapons to defend their physical integrity. Unfortunately, the police are inhibited by the lack of support from the authorities and fear being accused of violating the human rights of their attackers, preferring humiliation and risking their lives

The cognitive dissonance for Boric must be driving him crazy. 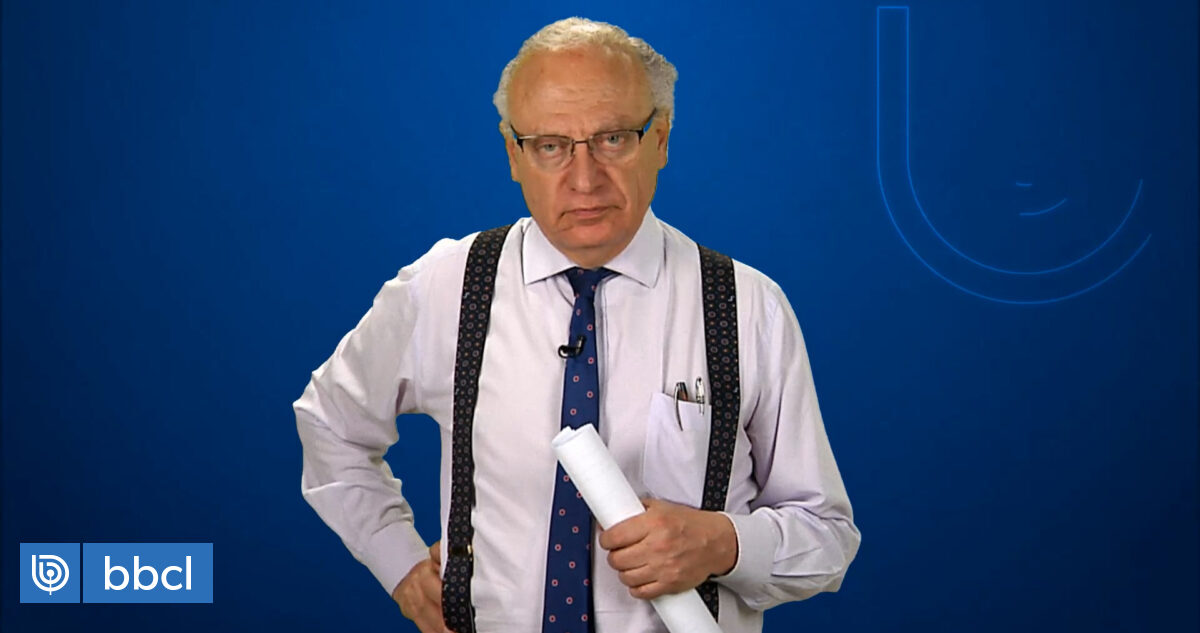 And along the same lines…

Is it legally valid the chosen person by Boric for the vice-presidency of Chile and thus the next president of Chile if he cannot finish his term? That person I understand is Toha

That person I understand is Toha 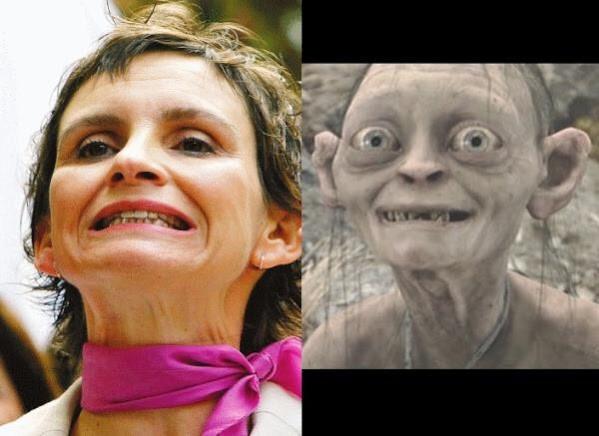 This violence is being fueled by the media which is run by the powerful. Just turn on the selection of free movies any evening on the major networks and you will find a relentless stream of gratuitous violence being fed into the minds of Chilenos. I listen to the channel my neighbor’s 5 year old child watches on the cellphone in the car on the way to pre-school every morning and more cartoon violence. Violence as a solution to everything. Surely the owners of these mega channels know what they are doing… the question is why. This seems like a largely American influence. The US produces more violence in the movies and in reality than any other country. The US is the epitome of violence and their agenda is being promoted here.

Thank you for the attempted corrections in translation of that article by Jorge Schaulsohn in ExAnte. Unfortunately the original was flawed and errors have cascaded.

Your version was: “… motorcycle bombs and accelerants were thrown from inside the schools…”

I think that everyone understands that the error in the original was in “motolovs” when it should have been Molotovs, and the translations then would be not “motorcycle bombs” but rather “Molotov cocktails.”

Your version was: “… motorcycle bombs and accelerants were thrown from inside the schools…”

Oops, don’t know how I missed that. To be honest I’m surprised that anyone took the trouble to read that closely, and I will take extra care in the future.
Hopefully the message got across, errors and stilted language notwithstanding.

Not trying to fault you [feargle], rather was trying to identify the source of the problem being… at the source.

Also, when translating “juez de garantía” we would not say “guaranty judge” but typically a “supervisory judge” or perhaps a procedural judge, who is responsible for observation of due process, as well as assuring that the rights of the parties are properly respected.

Findes, your constructive comments are appreciated. I tried to avoid over-explanation, which I feel sidetracks the reader.

For example, in that article, the INBA is mentioned with no background given. Same goes, as you pointed out, for the Juzgados de Garantía. When that piece was written, the author assumed a familiarity with those themes that outsiders may not possess.
But I figure that anyone sufficiently interested (not too many, I suspect) can do their own Googling.

I could add explanatory links, but its more trouble than its worth.

I personally read all your posts feargle. No response or no immediate response does not mean people are not reading them and checking out the links.

Thanks to your reco Twitter feeds, I am a lot more informed than most Chileans who still only take a quick look at TVN, CHV, T13, Mega in the evening or groupthink in their superficial Facebook and other social media feeds.

Thanks eeuu. Sometimes I feel I’m getting up on my soapbox too much.