This latest Activa monthly poll follows other ones, like CADEM, in graphing ever-increasing discontent with the Boric government.

One interesting table shows that approval for the 2019 estallido has greatly declined over the last 2 years. 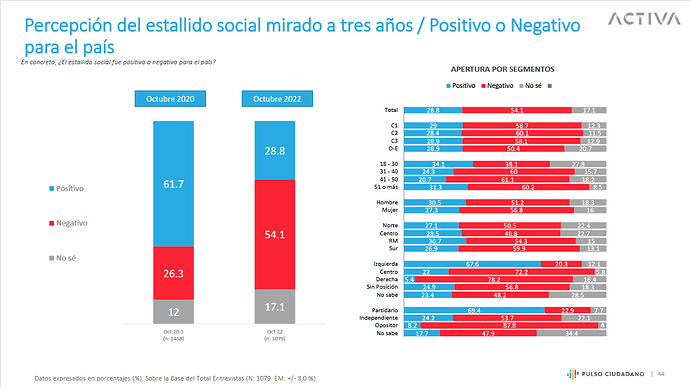 However, 48% still believe that a new constituent process should commence, as opposed to 52% who are now in favour of maintaining or modifying the existing constitution. 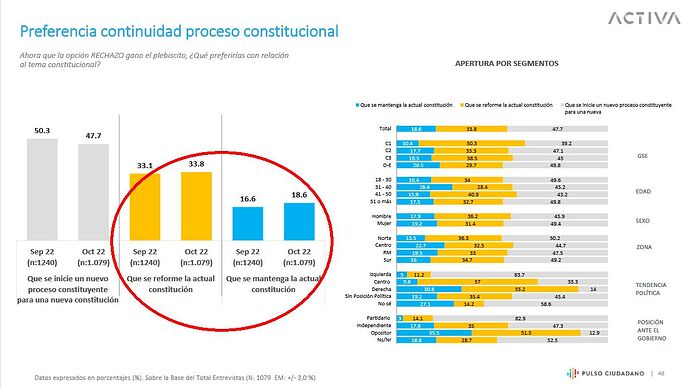 The government’s insistence (with multiparty congressional acquiescence) in continuing with this divisive process is finally being recognized by many Chileans as the nonsense it always was. Meanwhile Boric & Co. continue to ignore the serious governance problems that they themselves provoked.

Even so, the sizeable number of those who still believe that a new constitution will cure all their problems, despite the experience of the last three years, shows the persistence of dangerous populist myths.

People like myths and unobtainable results. They are obsessed with the idea, but lack the comprehension of what it takes to actually do it. Interesting data points.