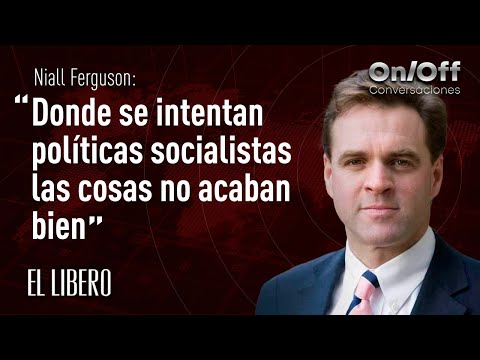 Historian and author Niall Ferguson in an interesting Libero interview (in English)on the current state of the world with, naturally, some comments on Chile. He calls the erstwhile proposed new constitution a “dog’s breakfast”.

I suspect he doesn’t know all that much about Chile. I think his comment that Latin America is trending left but that this is not a global trend seems reasonable, but let’s see what happens in the near future.

The most interesting part for me was at 19.28 where he says "“it’s highly likely that 10 years from now the Chinese communist party will no longer control China, Vladimir Putin will no longer rule Russia, and the Iranian theocracy will no longer run Iran”. I hope he’s right, but, especially on China, it seems like optimistic wishful thinking on that timescale. Putin may or may not fall, Iranian rulers can likely keep power for longer than 10 years by making concessions, and, while I do see China going in the wrong direction a wholesale rejection of the communist party seems unlikely; there is nothing to replace it with.

I read one of his books, Empire, and it is quite good, but since it is a pro-empire book with little vivid description of the violence/atrocities, it is better to read it in conjunction with The Blood Never Dried.

His partner is Ayaan Hirsi Ali I think (according to some sources), whose book Infidel is also a very good book.