I hope ours are changed to be closer to home. Our municipality is huge. My voting place last time was on the northern edge and my husband’s was way to the south. It took forever for both of us to vote. At least my table was not very busy, but my husband’s was one of the few that had a long line.

I truly have seen it all now. This perhaps says it best. 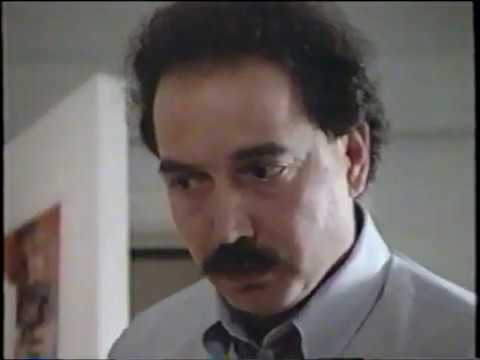 The Economist article you posted is a good one and has many of the criticisms I posted as well.
Another article they have done is here: Chile’s new draft constitution would shift the country far to the left | The Economist
It has the predictable Economist anti-left bias, but both are good articles, especially the one you posted.
However, I am sure the Guardian will publish one that puts an equally predictable positive spin on it shortly.

Cudos Mendoza for actually reading it! I tried with the first draft but gave up as it was full of repetitions and I found it poorly written.
I will give the final version a go at some point, just to be able to see through the fake spins on both sides, but my mind is pretty much made up.
I think the Economist article from today (or yesterday) sums it up nicely- this is not the way forward for Chile

Consider at least reading the first half of it which is easier to read and understand and digest and has much eye popping stuff. The first four or five sections.

The second half (about sections 6-10) is dull and hard to read and is all about various roles of government and their functioning and relationship to each other.

It is sad. I remember being in Santiago not long after the sh*tstain estallido (there to procure an Aeron) and asking a vitriolic taxi/uber after he launched into a tirade about dignity and filthy chile blah blah and need a new constitution and bully for the estallido (they were taking us to Santiago fairyland that my kids called fancyland (so cute) ) and my wife asked if he read the current constitution before and what he thought about it and how it should be changed. Awkward silence for 20 seconds and a “no but it doesnt matter…blah blah muh dignity…blah blah no mas afp” …pinochet bad, red/commy man good response

Well that was the old constitution.

Will many native chilenos beyond wonk gringos/chileans like us read this? Ponder and consider it?

You know make the commitment of time to give half a sh** to actually know what it says??

I think not likely and I say that as one who is not a pessimist but optimist (still here afterall) and we are well travelled to every continent but Antarctica on this planet.

Most likely many wont read it, but rest assured they will break their neck and bend over backwards to approve it without even knowing fully what it says or the implications. Just cause its different/new and a result of the estallido nonsense and fear/skeered of not falling in line

We will not comply and if it goes crazy town we will leave, but we will not be preemptively run out of this country by a bunch of juvenile ignorant fevered insane uneducated chilenos that have never set foot on more than 2 continents. Hear us well. We are not the chilean mommy coddling the chilean with bs and formula. We will slap and leave them in the bed of crap they made for themselves before we play along with their utter nonsense

We are the optimistic holdouts but we too will leave if this place cannot come correct. Even we will cut bait if thats what we need to do.

We are patient and empathetic, but even we have limits.

I cross checked a few bits and the translations were correct, it looks legit 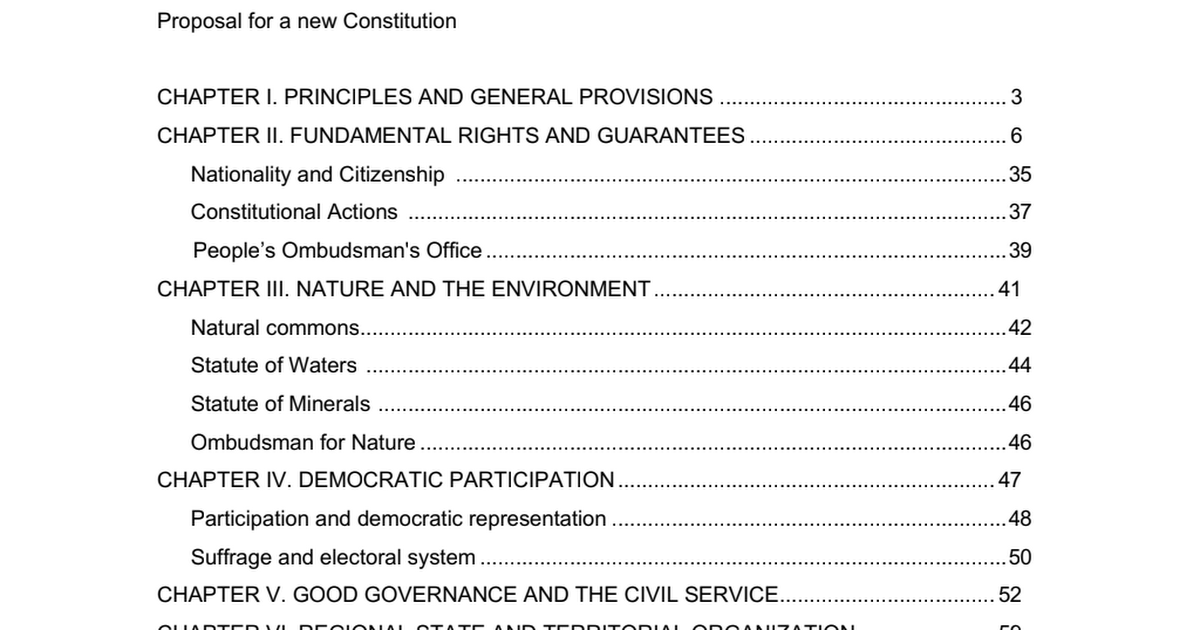 I was thinking about this a bit more.

If that were the situation 2 months before a Presidential election, I might think: “that could easily change”

A Presidential candidate (or candidate running for any office) can announce or cancel a policy just before the election that could change the numbers, but the constitution can’t do that

A candidate running for office may have a negative story come out about them, but that can’t happen about the constitution to the same extent, only about one of the many members, and I don’t think that would matter as much at this stage

The constitution can’t be seen itself to have performed badly in a TV debate.

I think that limits the extent to which that 35-53, if it’s accurate, can make a big shift in time

I therefore see about an 80% chance of Rechazo at the moment.

Makes sense, but I think there are 2 big unknowns.

I think apruebo will do everything in their power to turn this into a new “si / no” vote for Pinochet (and his constitution). If they succeed, then it will be a huge apruebo win

That’s a good point on the extra voters, definitely adds some uncertainty

I just want to point out how informative this discussion has been. I’ve definitely learned a lot. Thank you all for contributing to this.

I’m honestly just hoping for some stability as my extend family and many friends still live in Chile.

I’m honestly just hoping for some stability as my extend family and many friends still live in Chile.

Don’t hold your breath…a Rechazo result is only the lesser evil.

Either way…chile may be headed for another type of forced coup. Potayto potahto. History repeating itself albeit with variations in the details

Instead of Allende back then it was Estallido now.

Both tried so very hard to do well, both insisted on imposing ill-conceived logically impossible ideals on the country, but neither could get out of their own way. When things went from bad to worse.
Both doubled down and tripled down.

Both sides of the apruebo/rechazo supporters have large subsections that realise…now… “dayum…what have we done/doing? We are all in over our heads. The wheels are really coming off. It is time to come down a thousand”.

It may just come down to a big nasty spanking coming from a military leader who just “calls it” and is like “look enough is enough, this is over”. 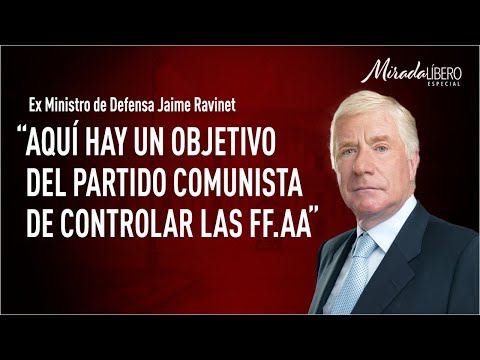 Unlike most Chileans, the commies have learnt from past mistakes, and don’t intend to repeat them. There have already been rumours of high level coercion in the Armed Forces.

More likely, we will just get another few years of the chaos seen since 2019, especially as Boric is already talking of a Plan B if Rechazo is the outcome.

Since Chileans are clearly no good at “democracy”, I once suggested that they should send all the politicians and a good part of the bureaucracy home, and subcontract government to a more responsible foreign entity. If only…

That is funny. Commies by definition do not learn from their mistakes. Else they would not be commies. Not kidding. Even as they prance around claiming they have learned from their mistakes…and “this time it will be different”.
That leads to the next most salient point regarding commies.

Rest assured they may see “it” coming and they will seem to be making preparations and yet still…yes even still. They wont be able to get out of their own way and will merely fail…again.

They should have waited longer, maybe another 30 years. Then they might have had a shot at Allende v2, but instead it will only precipitate another crisis…sooner than last time
I dont think anyone really wanted Pinochet v2, but this brings us back to the first point. Commies do not learn from their mistakes.

Also, Apruebo % are rising, but so far not fast enough. If you check out page 13 Apruebo has won some of the don’t knows (although this could just be coincidence, as it is within the margin for error whether this trend is statistically significant). IF the trend of the last three surveys continues, in theory Apruebo could be very close to rechazo by September. However that’s speculative.

A result of my own personal survey of two family members, friends of the family, a hairdresser and a plumber:
Apruebo 2, Rechazo 4, undecided 1

Interesting polling results. Polling says that Rechazo is still in the lead but most say that they believe that Apruebo will win. This suggests that most believe the undecideds will swing for Apruebo which is what happened with the presidential election.

They published the information today. I wasn’t chosen to work the polls. Unfortunately, the whole georeferencing polling locations so you vote closer to home did not happen in our case. My husband and I are both in the same locations, which are not close to either the house or each other. A new school opened across the main road not long ago. Why couldn’t that be our voting location?

They kept my original place, the cuico school next door, and thankfully changed my wife to the same location.