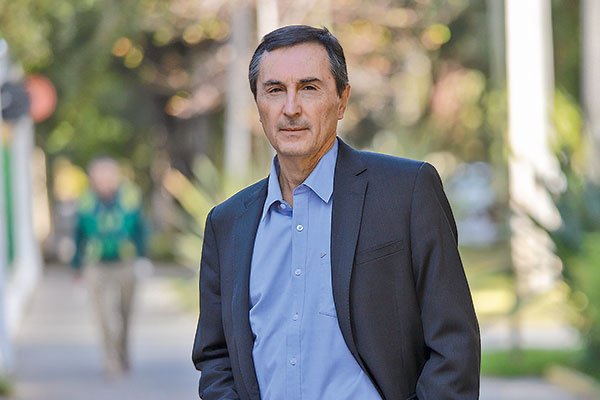 Got a Chilean private Health plan?

That is a close second to the growing list of reasons I will be voting Rechazo.

Then the end to what I had medically which was way superior to the States. The right to use bonos (usually 50% discount) in the private system with my 7% payment every month into FONASA. Under the NC, no more bonos, must use the public system 100% with its waiting lists and more likely substandard of care vs. the private system which will shrink and only be available to the rich and the same commies making 6 palos in the Boric government.

That is a close second to the growing list of reasons I will be voting Rechazo.

This will happen whatever the Plebiscite result, and is a symptom of the Boric government’s plans for the “statisation” of Chile. It will affect almost everyone in Chile, as they will be forced into FONASA, which is already overloaded, so even the poor will suffer.

Didn’t realize the ISAPREs were doing badly. I thought they were a cartel and they were probably laughing all the way to the bank with their unjustifiable price increases of 7%-8% every year when inflation was 2%-3%.

In my experience, the ISAPREs are badly run and have a silly business model, so it might make sense if they collapse.

However I’ll believe it when I see it. This claim that they are suffering financial difficulties and could go out of business could also be exaggerated to justify all the never ending price increases.

Could you give me a rundown on what ISAPRES/FONASA actually do? I’m on FONASA and am about to start investigating ISAPREs but I don’t understand how the Chilean healthcare system works. Back in South Africa, we differentiate between what we call medical aid and health insurance.

The focus of a medical aid scheme is to provide members with cover for expenses associated with necessary medical treatment. Often members are obliged to use healthcare specialists who belong to a provider’s network and conditions govern which treatments are covered – but taking scheme tariffs into account, the amount you’re paid out will depend on what medical attention you need.

Health insurance, however, is designed to ensure that when you need funds for medical purposes, you receive a fixed, lump sum. This amount won’t differ, regardless of the type of treatment that’s required or which healthcare providers you use.

Some Health insurance products are relatively new. They were introduced largely as a result of premiums for traditional medical aid plans rising above the levels that the majority of South Africans can afford. To take advantage of a gap in the market, insurance underwriters developed health insurance products, which have lower premiums but provide less comprehensive cover.

When you’re on medical aid, you may have to co-pay but the bulk of the payment is sent off to the medical aid scheme by the provider who settles with them directly. This seems to correlate with what ISAPREs and FONASA do?

The thing that then confuses me is the medical insurance part of it. My employer has medical insurance with MetLife which I understand you can send the comprobantes for your co-pays off to to reclaim. I don’t think we have this weird extra layer of cover in South Africa but if this is called medical insurance then what are ISAPRE and FONASA called? In South Africa, you would just specify to the medical aid scheme what percentage of your costs you want covered and they adjust your premiums accordingly. Having a separate provider cover the costs that another provider won’t cover as a different class of financial services seems silly and inefficient to me. Am I totally misunderstanding?

The second thing I want to understand is the ISAPRE/FONASA divide. Is FONASA just the public health option the Americans are always fighting about?

Levels B through D, one pays into FONASA (you are contractually “paying” for others) with FONASA B being minimum wage. This 7% is taken out by your employer or independents like me make a payment initiated via Previred.cl every month. Under these levels, you have “free” coverage if using the public system and the option to use an affiliated private provider with a bono (usually around 50% discount for FONASA B).

I am not up on ISAPRES, but I understand it takes another percentage out of your paycheck and is pure private system.

Many people are fine with FONASA B through D and buy additional add-on insurance to cover certain gaps or increase the amount covered when using the private system.

Everything is electronic thumbprint approved so one can literally be wheeled unconscious into a medical facility and they can ID you and find out instantly what coverage you have.

Fonasa may be cheaper than ISAPREs in general, but I could be wrong.

As I have been almost always earning foreign money, I almost always contracted directly through the ISAPRE and send them money directly.

I send them a monthly fee (which continually increases after you sign up) and in return you get discounts at the pharmacy, at the doctor, and operations.

You sign up for a complicated deal that says you get discount of x,y and z% for A,B,C things. Often your discount level might be better at some clinics than others. There are different plans so you can get a plan with 80% and 90% discounts at some of the best clinics if you want - for a higher monthly fee.

Sometimes the discount is automatically processed when you pay, sometimes you have to claim to your ISAPRE for it. For an operation you should get it agreed in advance.

I have been with Colmena and Banmedica and they were both shockingly bad customer service and try to rip you off, so I would avoid them. However, I woudn’t be surprised if the others are almost as bad.

• So no more option to use the private system with bono for B, C, D.
• End to ISAPRES.
• 14 million current users of FONASA, not sure how many are B,C and D who actually “pay” into the system.
• 3 million ISAPRES users to be transferred to FONASA.
• Already lines and waiting lists for users 100% reliant on public facilities.

So add 3 million more users to that system.

And what about people like me who voluntarily and independently “pay” into the system? What incentive do I have to continue to pay and instead just shift to FONASA A?

So no one steps up to defend these changes if APRUEBO wins.

OK, just found out that FONASA C and D in fact do have a co-pago to use the supposed “free” public system but generous Boric just said that that will be eliminated.

If APRUEBO wins, I will immediately stop paying into FONASA, sign up for FONASA “A” as catastrophic insurance and then live like I always lived in the States which was to avoid the conventional medical system and focus 100% on prevention and alternative cures with the understanding that if the prevention and alternatives don’t work, I will have to choose the “die” choice…

I am in FONASA D. I had an Isapre when I had a work contract. Once I was laid off, the government paid FONASA while I received unemployment benefits. Now I am using boletas de honorarios again and they deduct AFP and FONASA from my tax refund. Like you, I don’t trust the medical establishment much and haven’t needed to try it out. If I did, I would buy a bono for the private sector.

I do think that removing the copay for people in FONASA will further stress the public system and lead to greater wait times for services. I read that about 5 million people are in FONASA C or D. I am sure some of those people will decide to go for the free service rather than paying to be seen privately.

I have no idea how moving everyone to FONASA if the new constitution passes will work. There seems to be no plan, what a surprise (sarcasm)!

Just boggles the mind. So what if ISAPRES is “for profit”??!! It supports a wide ranging private system that is accesible to the middle class via the bonos of FONASA B, C, D. And now that will be gone if APRUEBO wins. I just cannot understand the reasoning but given the character-disordered, incompetents and rich or still living with their parents IDEOLOUGUEs that drafted the NC, not surprising.

What is surprising is that 40% (as of this moment) have no problem with this.

As far as how the Isapres work, 7% is the minimum for workers with a work contract. You choose your plan and if it is more than the 7%, they deduct the extra from your salary. In my case, they took out about another 20,000 pesos from my salary to cover the cost of the plan.

Its makes sense when the goal is to raid every possible available peso out there for the socialized medical system. “No peso left behind” and “No profit left on the table”. No it must all be hoovered into the black hole of communist medicine while we must be content with whatever moldy bread crumbs are left over…and we must pour out our time like water on the ground to even have those crumbs

They of course presume that people wont optout/reject/undermine the entire system.

“No peso left behind”