This type of extortion, previously unheard of in Chile, has arrived in La Serena.

Although these are probably just cuentos from copycat Chileans, if we start getting these types of phone calls, both my wife and I will buy guns before they are outlawed, something we would never have considered in the past.

In each of the two countries that are now at war the only way to run a business is (and has always been) under a "roof’ (Krysha).

Any sort of business pays, from street vendors to the biggies. Any one. There is no other way… and this is very sad. But true…

Any sort of business pays, from street vendors to the biggies. Any one. There is no other way… and this is very sad. But true…

This never affected legitimate concerns in Chile in the past - ever, and shouldn’t be tolerated. It’s just another example, (and there are many) of the state evading its responsibility to protect its citizens.

But this may just be another Chilean cuento, at least locally. I heard from one ex-inmate that there is a type of black “Call Centre” in the local prison, where the more talented crims pass their time with internet scams and phone fraud.

I have heard many times that those “cuento del tío” scams that used to be popular were also usually run from prison. I got a call like that once. 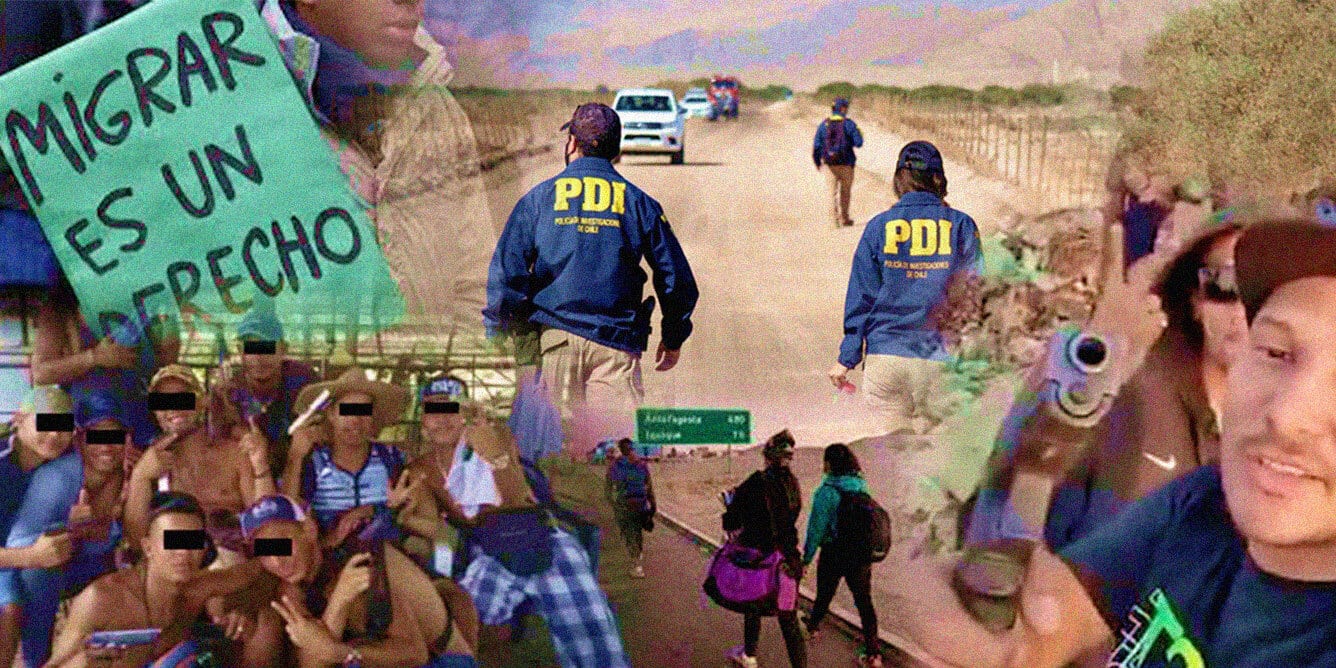 The “Tren de Aragua” are a major Venezuelan gang who control trafficking of drugs, Venezuelan migrants and enslaved sex workers into Chile, and have now set up shop here due to the country’s lack of border controls or any kind of law enforcement deterrent. Oh well, I suppose Commie Boric wouldn’t want to upset his Comrade Maduro by cracking down on these criminals, eh…

I deliberately didn’t mention Tren de Aragua to avoid exaggerating their influence, given the Chilean media tendency to hype.

But since the government now allows unrestricted permanence to any foreigner who arrives here, regardless of their background, its hardly surprising that Chile is attractive to foreign criminals, especially given its relative prosperity, permissive justice system, weakened policing, and widespread drug use, among other tempting features.

It is hard to see this “tolerance” other than just one part of the ongoing efforts to destroy Chile as an entity by Boric and Co.
Yes, it is really that bad.
Last chance - vote Rechazo!

I have been too busy to engage on the recent posts/threads last few days, just enough to read and make mental notes to come back but you are about to steal muh thunder on this one lol

If they call they best be speakin english!
If they try to tell me they are from tren de aragua I can assure the responses will be

"no no i already have water, <then mutter ‘damn telemarketers’ in english> and then click hangup before they can say anything"
or

“Ehh me colpa ehhhhhh no tienda…”

I would start speaking french or afrikaans or mapudungun (or at least extremely butchered caricatures) or something. Maybe swahili…just say “Jambo!!” repeatedly in different tones as question, exclamation, etc. I know a bit of mandarin that might come in handy. ill try to transliterate it
Mama chee ma mahhh…(your mother rides the horse but must wildly vary the intonation)
Ne peeyen woooooo ( you are cheating me).
Ha they will probably hang up and give up thinking they reached some unassimilated chinese toddler and should just move on to the next mark who is only too quick to crumple into tears for fears

All giggling aside…In reality i would continue to practice my same modus operandi…if i dont know who is calling i dont answer anyway
Same with the door.

Unless someone is a semipublic known figure (lookout senora gordita), toolin around with gold chains and diamonds or driving a luxury vehicle and they follow you home or something, i don’t know how they would even know you let alone get your phone number.

I have noticed that people in Chile have almost no concept of personal info security. Between social media and people not even realizing what is personal info its like shootin fish in a barrel for these dirtbags. If one can google ones name and easily find ones associated rut, phone, pics, or address then one should be very concerned with how available that is to this water gang (i know its not water/agua, i just cant stop chuckling being a lame out of touch gringo) this would make a hilarious sitcom i imagine

So far, they seem to be targetting the families of business owners, who have to maintain at least a semipublic profile, and can find the cash these people demand, one attempt was for $10.000.000
So the odds of a typical expat being a victim are pretty low.

Even with the “normal” scam phone calls (and we have received hundreds over the years) these people sometimes use the names of family members to gain credence.

Its a pity that geolocation isn’t available to see exactly where these calls originate, I suspect many come from places like Colina 2.