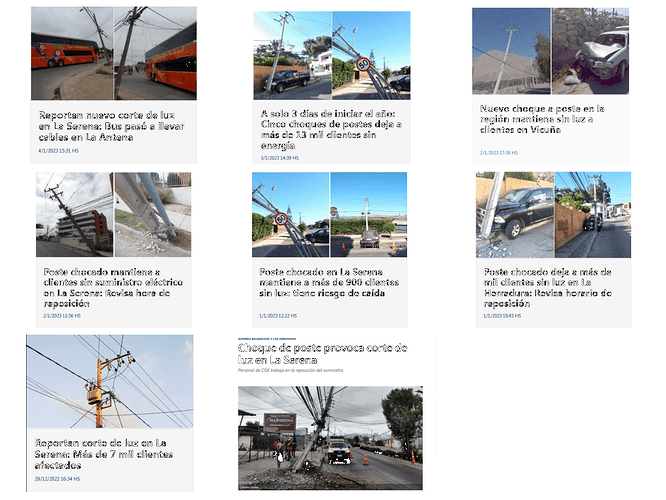 The number of interruptions to the local electricity supply, due mostly to vehicle impact as featured on the front page of today’s local news struck me as slightly excessive for a Region that only has 0.5M inhabitants.

They all took place over the last two weeks or so.
Not mentioned is the one that left us without power for a couple of hours recently, as did one where a guy was electrocuted while attempting to make an illegal connection. but that was a couple of months ago.

What about a major flaw in the attention span of the drivers? That is a lot of distracted drivers, unless of course it is unreported sudden cardiac arrest. Something is amiss when there are a disproportionate number of drivers hitting large stationary objects.

What about a major flaw in the attention span of the drivers?

More likely mostly a combination of drink, drugs and losing control while speeding.
This vehicle had to be doing more than 30kmh for this to happen, during an attempted escape after hitting a post.

What’s missing these days is police presence on the streets and an ever-increasing lack of respect for the law. 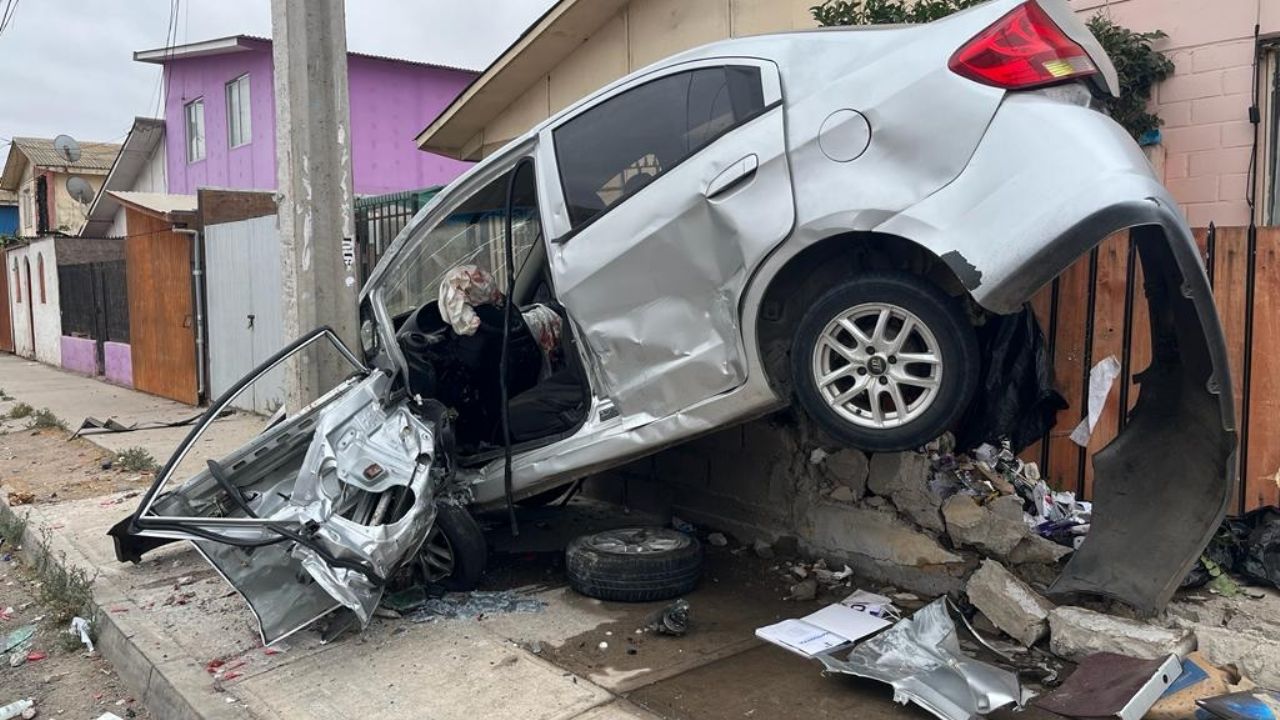 The usual weekend shenanigans. Fortunately, the electricity post was undamaged this time.

My dos centavos’ worth:

One: in many locations, electrical infrastructure is poorly protected, installed, and/or located. A friend here in XII Región tells me that overhead power lines are not uncommonly snagged by trucks passing through the area.

And then there is power fluctuation. I have a plug-in display that shows the voltage at any given time and it ranges from about 205 to 220 VAC.

Local utility says that underground power is not a favored option due to expense and the tendency of every Fulano with a retroexcavadora to dig like drunken monkeys and without checking for prior installations.

You would think that businesses would invest in some UPS – Uninterruptible Power Supplies - with at least the capacity to do an orderly shutdown for the computers in the event of an outage. But no, or rarely. Recently went to do some business at a Movistar branch. You would think that a telecom would understand about UPS. But not in Viva Chile Mierda, o Mierda Viva. One brief bump in the electrical supply and the place went down for the count. And the count was… get this… they couldn’t get back up and working on my little phone plan for two freaking days.

You might not wish to try carrying an UPS on a passenger aircraft. Don’t ask me how I know.

Y para colmo… an attempt to win the Worst Customer Service Award. You have to have your Customer Number when reporting an outage. Mind you, it is dark and all you have is the light of your cell phone, but the utility won’t accept a report of outage unless you can tell them your customer account number.

And you wonder why this country will never get anywhere.

All the big institutions have centralized administration over the internet, hence the often heard no hay sistema when your tramite is frustrated.

As for UPSs, I have 2 or 3 of those with dead batteries as they only last a few years and the replacement batteries locally available don’t last.
If your domestic stuff is damaged as the result of a traffic incident, the electricity company will disclaim responsibility, and the replacement cost of damaged or stolen infrastructure is silently passed back to the consumers in the form of higher bills.

Same thing happens when stores are looted. It’s all part of the hidden cost of living here.