Last night I was sleeping. My wife wakes me up around 1am local time and says there are Flashlights and is proper freaking out
We live many hectares from the road and gate so this very weird. Our backside is inaccessible. We are pretty insulated. Gate, etc.

So there are ag least 2 females and a male. Im in my sleeping panties and these people have flashlights trying to speak spanish to us. Basically they claim to be bomberos on a manhunt. I am barely awake yet here are these people on my property claiming to be searching for a “bandito”. My wife says she saw more than the 3…at least 5 but i only interacted with 3.

Has anyone heard of this? I can’t fathom how or why bomberos would be on a manhunt at 1am for a guy who they self describe as a bandito? Shouldnt that be carabineros? Maybe this bandito was starting fires and they were trying to find and stop this guy? It seems so weird. They were really loud also…like not stealth at all. The bandito could have just listened and avoided them

Good thing i didnt set the snaptraps yet to stop the neighbor dogs from crapping on our property effortlessly. Heheh snap bear traps…i have killed myself trying to stop dogs from unloading pounds…pounds i tell yaz…of doggie dookie on my property! Not to mention the prey animals we have lost to those dogs that drive me absolutley crazy.

They were probably looking for a vacant property to rob, or to okupar.
If they had been legitimate, they would have been displaying credentials, I don’t allow any alleged official into my place without seeing them. Yeah, I know, not so easy in a Parcela, though.

In the old days, before rural locations morphed into exurbia, Parceleros owned shotguns and kept dogs trained to alert to the presence of intruders.

My wife insists they were legitimate and that they were wearing proper helmets and “full uniform” she is absolutely sure, but I dont remember the helmets or uniform. All I remember is one of them had a jacket that had the word bomberos printed on it.
Yes… that was my question why would bomberos be chasing a bandito? I thought maybe this bandito was an arsonist starting fires and this was the bomberos crack unit hunting them down, but it seems so far fetched. The bandito would be a bandit of the green trees I guess in an eco metaphor realizing english is our first language

It must be a fluke or as you said real opportunists looking for a vacant place to occupy or rob. We are inland in the 9th region but definitely off the beaten path. My wife maintains they were totally legit bomberos at 1am. She was more awake than me as she was the one that first saw the flashlights

surely you need to report this to the local bomberos and police and ask if this was genuine?

Agree with Mendoza, sorry, mem but it sounds more like they were casing the place. Please let us know.

Might have to resurrect one of alllchile’s forbidden topics: how to " obtain an arms permit" in Chile.

One of the authors, don’t know which, of the famous wake up to reality tome “None Dare Call it Conspiracy” (from the early 70’s) lived on a parcela in Chile in the 80’s and recounted a home invasion where family and he were terrorized and their maid raped by lumpen/terrorist/criminals that sound very similar to today’s commie backed scum.

Something to think about…

In a similar vein, back when I lived in La Reina, this guy rang the bell. We had a gate around the house, so I went out into yard to see what was up, without opening the gate. He said he was from the SEREMI de Salud and wanted to come into the house to inspect for sources of infection. He never showed any ID. When I told him he could not come in, he threatened he would find a way in later.

I should probably have called municipal security but didn’t think to do so. Honestly, they had been pretty useless in the past, so I don’t know if it would have done much.

A few days later I had to go downtown to handle some errands. I happened to pass by the SEREMI office and since I was between jobs, I decided to go in and ask about what had happened. They took a report and told me that the only time that an inspector would ask to enter someone’s residence would be if they had a permit to sell prepared foods or operate a minimarket type operation where they are authorized to check if the products are properly stored and not expired. They said that guy was likely checking out homes to rob.

I talked to other neighbors later and they said he had come to other houses, but all with different reasons. In one case he supposedly was doing a survey for that Elegir Vivir Sano Programa the Piñera government had. His shirt said something about healthy living, but not the official logo. I know because at one point I interviewed the program director. With an older neighbor he said he was a student and wanted to sell her books about using herbs to control blood pressure, etc. Very suspicious.

I would say report it to Bomberos. Not much will come of it, but it is better they know. If there are other such incidents reported, at least they can tell the community to be more alert and watch out for them. My husband (lawyer) said to also find the phone number of your Carabineros Plan Cuadrante and file a report.

Sigh… so sorry that happened. I wish we here could be like back home in Arizona: a 12 gauge waiting on the other side of the door. It ends the nonsense very quickly. 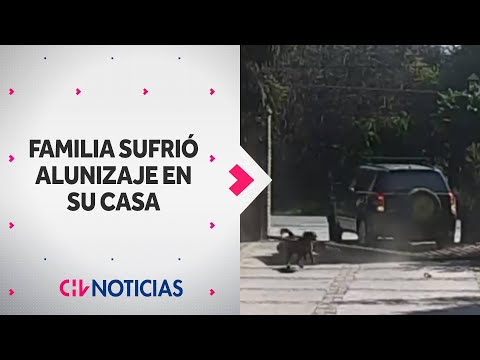 Not to leave things hanging, but we havent been able to get any confirmation either way from bomberos.

It doesnt help that we didnt think to take down names or take pictures. My wife and I cant even agree on how many they were or what they were wearing.

At any rate we will be much more prepared next time after all of your feedback.

We are in a topological position that lends itself to being very secluded and inaccessible from the nearest main road, but it is a good wake up call to never take it for granted

Ok we actually got to the bottom of this finally

Turns out it was legitimate bomberos. Story is there was a hiker/fishermen that got into trouble. Either injured or lost along those lines. He gave gps coordinates and was trying to get rescued. The bomberos ended up getting engaged and followed the coordinates but couldnt locate the person so they setup search parties to fan out and search a radius around the gps coordinates which is how they came upon our property

So comically the “manhunt” was accurate but the connotation was for a bad guy/robber/arsonist/etc we thought. They were trying to speak english to us and we were trying to speak spanish to them. In retrospect when one said it was a “manhunt” i responded in spanish with “bandito??”. The guy paused for like a second and then said “uh yes”. So i think that was him taking the easy route versus trying to explain to halfnekkid barely awake confused gringos the nuance of the situation in english in the middle of the night.

At anyrate we are greatly relieved as it all makes sense now.

Thanks for the update. I’m glad you were able to get the real story!

Same here, I’m happy you were able to find an explanation, and that none of the ratcheting-up fear scenarios replayed here like stocking up on arms, hostage taking, and so on were remotely close to your experience. Always remember Hanlon’s Razor: “never attribute to malice that which is adequately explained by stupidity”. Silly firemen bumbling about in the night can only be the real Chile

Suggestion: learn more Spanish, it can only help to manage unexpected situations.