Shocking, and conveniently, they do not have anything and we need to go to PDI and ask them. Their wait time after an “ask order” submitted is between, wait for it… 60-90 working days. (LOL!)

Also, on the way out, there was a 3rd party company there monitoring the experiences at the RC or whatever. They asked what we were doing, we told them, and they said quote, “Oh boy, good luck with that…” They stated that recently there has been a flood of Chileans doing the same thing pursuing 2nd (and more) passports, mostly from Spanish ancestors. They stated that bc of this increasing number, the RC’s employees are becoming increasingly worthless, and increasingly lazy to where they are not seeing people being denied, rejected, “no record found” due to pure laziness. They just do not want to get up and look for a physical paper record from grandma and grandpa’s era. Apparently, the majority of citizens CAN obtain the correct documentation, however, the RC is chaining them here to where the people actually succeeding, are next to nonexistent.

Anyone else hear, seen, experienced this? We will “play their little game,” but I don’t think this is going to work…

They stated that recently there has been a flood of Chileans doing the same thing pursuing 2nd (and more) passports, mostly from Spanish ancestors. 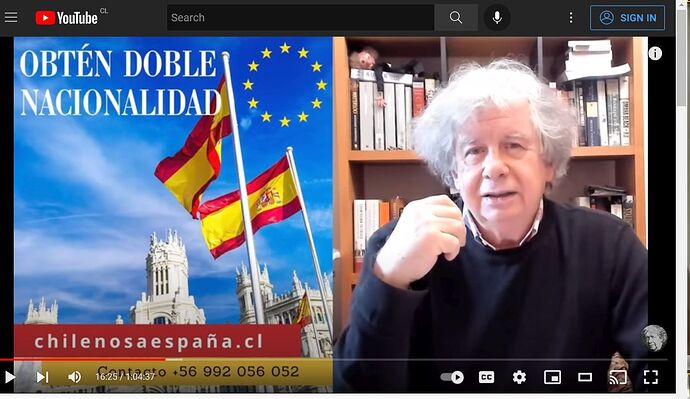 Would the last one to leave please switch the lights off…

I wonder if the reality is there are no real records…functionally.
Even notarized documents whether recent or from years ago do not appear to be available. If you lose the physical documents its just too bad.
It would seem like the one benefit to the ridiculous notarization system/racket. But no…its really just a useless hoop to jump through like an emperor with no clothes. Its possible that originally there was an intent to have stored reproducible records, but time + incompetent humans + lazy humans = fail

I got a document from them that was a marriage record. However, it just had grandpa on the record. It literally states that grandpa married a ghost. Grandma is not listed. How is this possible? They effectively have nothing available.